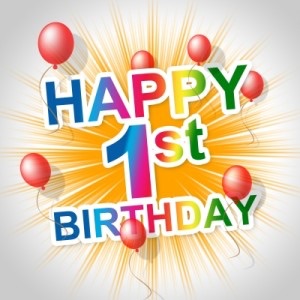 In the gaming industry we don’t have ‘birthdays’….we ‘level up’ so today ‘Kickin’ Kong’ has moved up to level 1!!

It’s hard to believe it’s been 1 whole year since the team of MadSluggers met up at our local Starbucks to hit the ‘enter’ button to send our game to Apple, which was then approved and released on 5th August…..coinciding with Chief MadSluggers birthday!

It’s had nearly 2100 downloads in over 75 countries and been played almost 42,000 times…..that’s a heck of a lot of bananas!! Grenada still holds the record for the highest ranking of 3rd place in the App Store back in September 2014.

This Autumn will see the release of v2 of Kickin’ Kong. It will be totally revamped with Kong (and friends) playing 10 new awesome levels ranging from giant pulsating mushrooms, playing upside down amongst moving Rubik’s cubes, shaky volcanoes and finishing off with a Paarrrty!!! I’ve got to admit I’m pretty excited about the update 🙂

In the meantime, you can still download v1 free from the iOS App Store here.