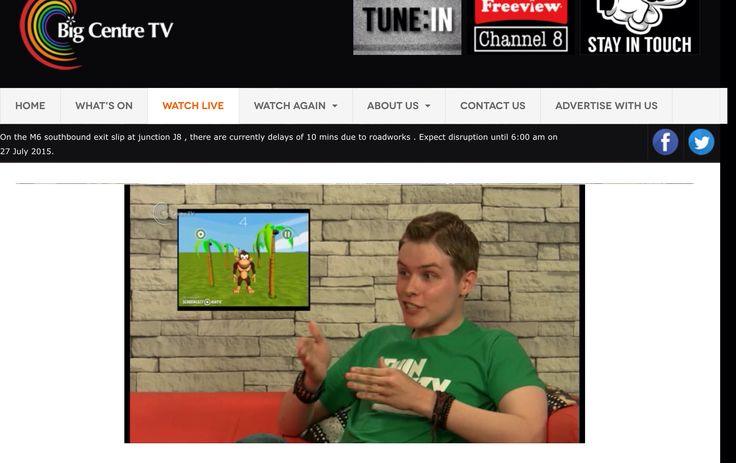 April 2nd 2015 was an exciting day for MadSlug-our first ever IOS game was shown on prime time TV.

OK it was only a local TV channel-Big Centre TV but it was aired at 7pm on Freeview Channel 8 so had the potential to be watched by a wider audience who hopefully were then all eager to download Kickin’ Kong!

MadSlugger Nick took it upon himself to contact the show and arrange his interview with the Sofa Club posse and also treated them to his amazing Family Guy impressions!!

Check it out for yourselves here (Nick makes his appearance about 11 minutes in).