The popularity of video game playthroughs on the Internet 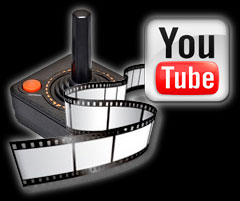 You know what strike us MadSluggers as amazing nowadays? The popularity for video game playthroughs throughout the social media network we all know as YouTube.

You see nowadays, there are many YouTubers who are providing all of us Internet surfers with the option to spend many hours (or even days) of our lives watch video game playthroughs of both retro and modern video games, most times with commentary (some hilarious) over the gameplay with the player documenting his/her playthrough as it happens. Definitely a lot of fun to sit in front of your computer or on your sofa/bed with your laptop with a of crisps…

Possibly the most famous nowadays being the Swedish video game playthrough commentator now residing in England that is; Felix Arvid Ulf Kjellberg, whom we know as ‘PewDiePie’. Since August of 2013, with the odd exception in November and December of that same year, his YouTube channel has become the most subscribed channel on YouTube itself, and is also one of the fastest growing YouTube channels ever as it went from having over 3.5 million subscribers to over 19 million in 2013, and has received over  7.2 billion video views! Whoa, now that’s mind blowing!

So now we have video game playthroughs on the Internet, it would seem that this is something that is only going to continue getting popular as time goes on.

Speaking of the now known romance between the Internet and video game playthroughs, MadSlug now has its own YouTube channel, oh yes indeed!

Feel free to check us out at: https://www.youtube.com/channel/UC6AzO1FuPb9JQiWTMEnQZHw

Hey, give us MadSluggers some credit, we’d be fools not to kick the door down for YouTube stardom you know!